Learn how to create detection rules, set thresholds, and specify your own dictionaries

A detection rule is a set of conditions which, when they are met, evaluate the data as sensitive.

In this article, you will learn more about: 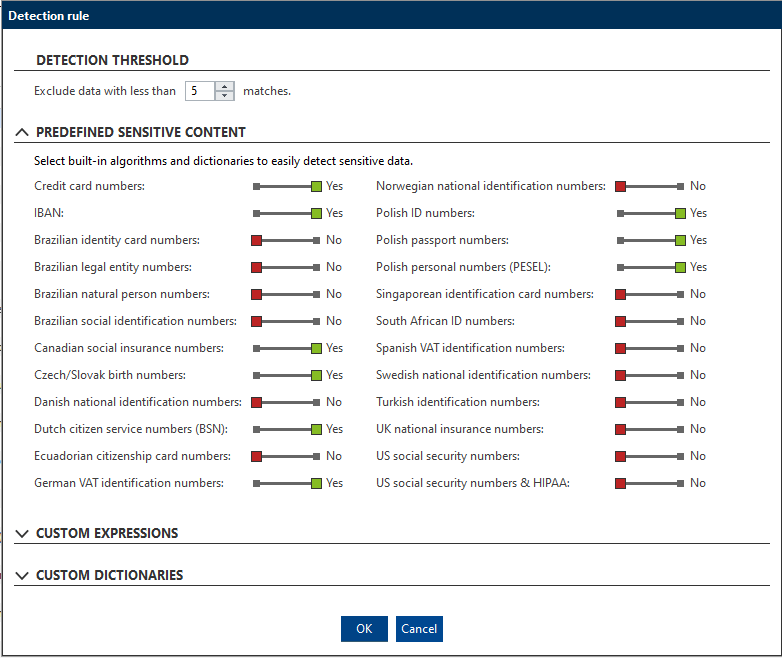 You can choose from many pre-defined sensitive content algorithms and dictionaries:

HIPAA (Health Insurance Portability and Accountability Act) is an act governing the handling of personal information about the health condition of patients in healthcare facilities in the US.

The example configuration could be used to detect financial documents.

When are AND/OR conditions used

A detection rule is applied only if when its conditions are met.

Sensitive data is detected when at least one detection rule is applied.

The detection range is in place to increase the accuracy of results and lower the number of false positive matches.

Detection range in practice means that "AND" rules must be matched within a range of 1,800 characters - roughly the amount of text which fits a single A4 page. This range is applied on a plain text version of files and does not consider actual document pages.

The default threshold value is set to "5" to lower the number of false positive matches. 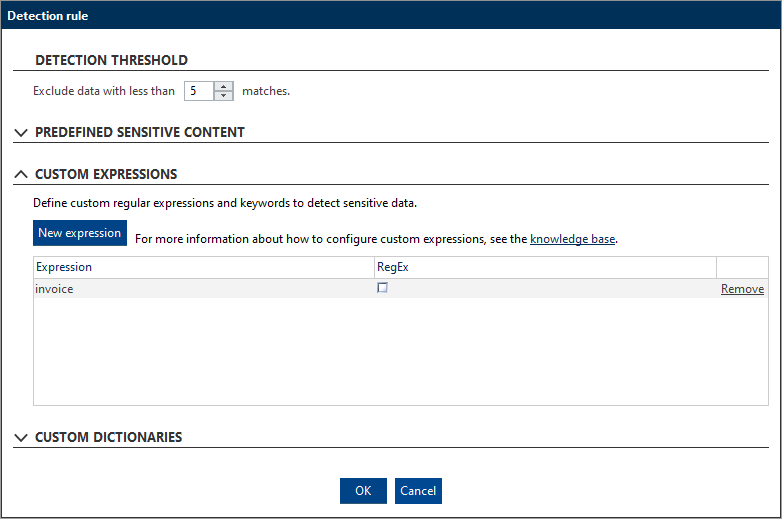 In this section, you can specify your own keywords and regular expressions for detecting sensitive data in files.

Keywords are not case-sensitive.

Regular expressions are evaluated based on ECMAScript syntax. 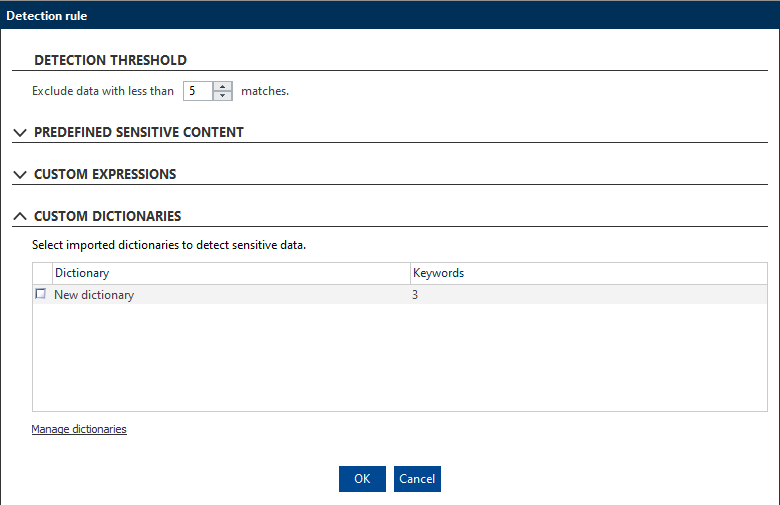 Here you can select dictionaries containing words to be detected as sensitive data. You can add a list of customer names or identifiers, project names, technical terms, or other keywords which often signify sensitive content (common words and phrases in contracts, personal CVs, etc.).

To import your own dictionary, create a text file with words that you want to detect as sensitive. Each word must always be placed on a new line.

To import, update, or remove a dictionary, click Manage dictionaries.

The new detection rules are backward compatible with clients of older version to a certain degree:

On older endpoint clients, detection rule #1 is ignored because it includes multiple conditions. Detection rules #2 and #3 are both applied with threshold at 5, since it is the highest set value. Consequently, this is the applied configuration: